The Sonoma County California Band – Justin Schaefers and the Blind Barbers – rarely hears their followers say that they sound exactly like someone they’ve heard before. This is probably because their sound is shaped from a unique combination of music spanning nearly a half century. TBB’s front man – Justin Schaefers – has a unique interest in music that was popular way before his time but he still takes notice of what is relevant and current. Bring in an experienced rhythm section – each with their own influences – and you get the sound of Justin Schaefers and the Blind Barbers. That sound is organic, edgy, sometimes twangy, driving but deceptively laid-back music full of catchy melodies, unique arrangements, and lush harmonies. 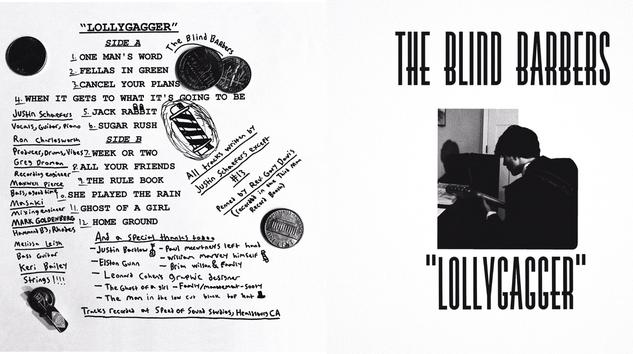 Justin Schaefers - is the main songwriter and guitarist for the group. With lyrical and chordal influences ranging from Dylan, Wilson and Cohen to Alex Turner and Dan Auerbach, it is no wonder that his songs are full of depth and texture. Justin (recently enrolled at the Berklee College of Music in Boston) has been performing and writing in the SF Bay area for the past nine years as a solo artist and as a guest of other established bands. His guitar work is as distinct as his songwriting and his vision for his music allows him to provide multiple guitar tracks, harmonies, and piano parts live and in the studio. The Blind Barbers debut studio album – Lollygagger – is a great example of his writing and musicianship.

a Singer/Songwriter/Guitarist from Sonoma County, California. He graduated with a Bachelor’s degree in Music Education in 2000. His tricky rhythm guitar and sly solo departures are a perfect offset to unorthodox vocal harmonies that (let’s face it) zip tie this thing together.

a graduate of Musicians Institute, is a professional session/gigging bassist from Los Angeles with 19 years experience. He has recorded with many artists and bands in some of LA’s most legendary recording studios, including Eastwest Studios and Sunset Sound. He now teaches in Healdsburg, CA at Speed Of Sound Music. His melodic/precise sound is an essential band element.

adds to the band, a heavy backbeat and a unique musicality that comes from his vast experience playing in bands of several genres. His approach is to bring a song to life by playing only what will support the feel of the music and the mood of the lyrics and not to kill a song with an overbearing beat. His mingled experience of playing funk in Minneapolis, R&B in St. Louis, Americana in Nashville, and holding a degree in Jazz Performance all contribute to the skill set needed to bring attention to the band’s distinctive sound.